How can we help you today?

Setting up your organization's hierarchy in RAYVN 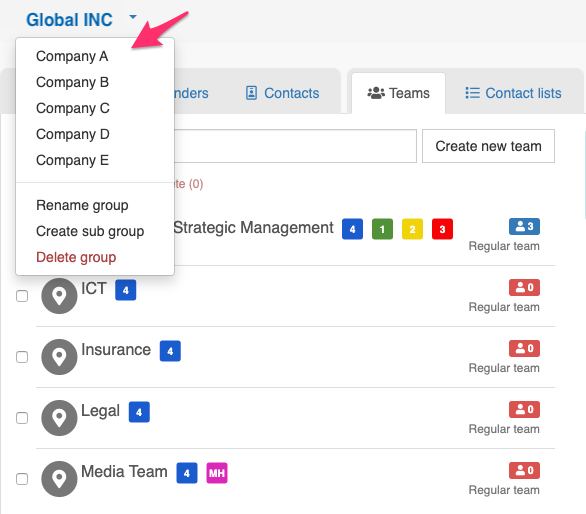 In the RAYVN hierarchy, each company can build its own business structure, with its terminology. This means users, teams, and templates can be added to any level in your organization's hierarchy. This provides endless flexibility and opportunities for how you can manage a wide range of critical events, ranging from minor local incidents to significant crises with global reach. 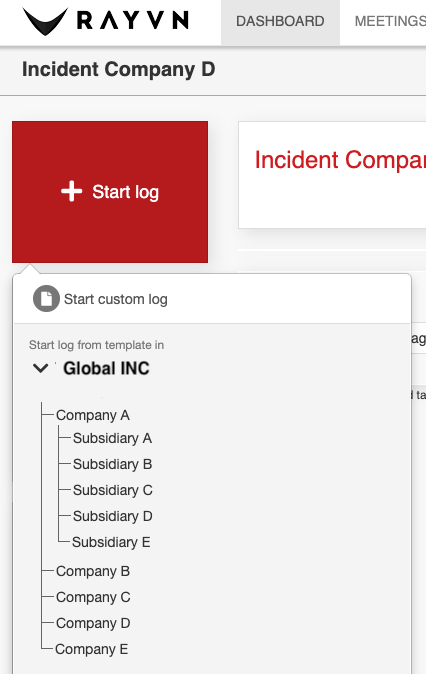 Defining a teams place in the hierarchy

By defining teams as Global, Regional, or Local within the hierarchy, RAYVN allows you to involve emergency responders both vertically and horizontally in the organization.

Below, we see that the Team “Line A” is defined as a Local team under Group  Subsidiary A.  A Local team can notify extra resources through RAYVNs hierarchy since Subsidiary A also has access to four Regional/Global teams. 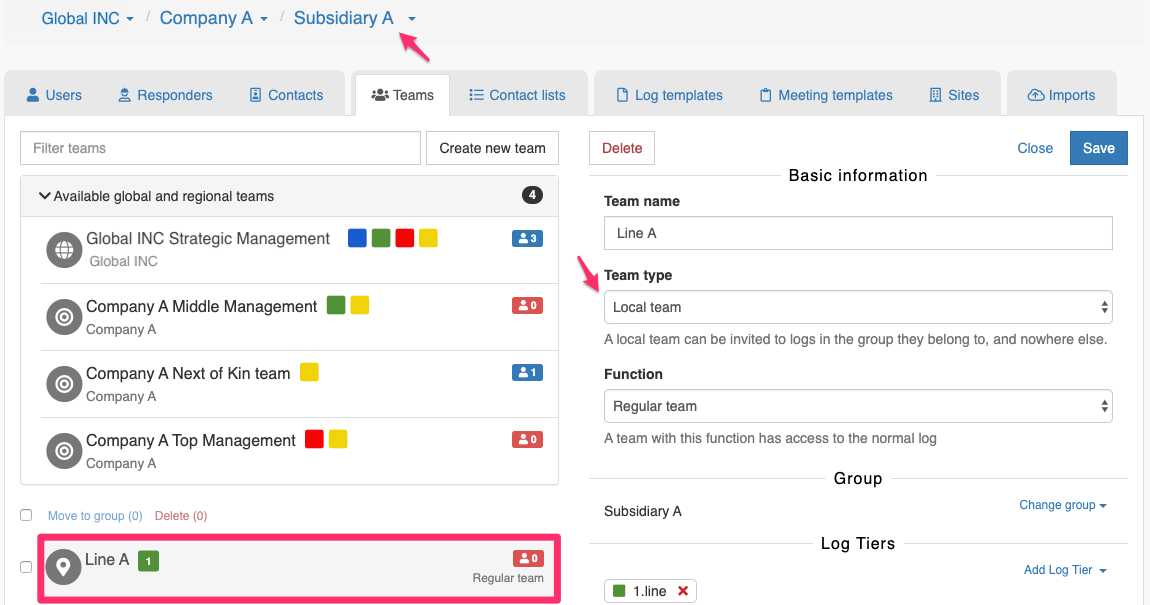 Available teams for Subsidiary A:

During a critical event, Subsidiary A can involve the teams in the hierarchy which are appropriate for the specific type of scenario, according to the contingency plan. While setting up predefined scenarios in RAYVN, minor incidents would only involve Local teams. On higher severity levels, the template would also include Regional and Global teams.

Subsidiary A can only manage their local teams (add or remove users). Global or Regional teams need to be managed on their respective level.

Did you find it helpful? Yes No

Send feedback
Sorry we couldn't be helpful. Help us improve this article with your feedback.